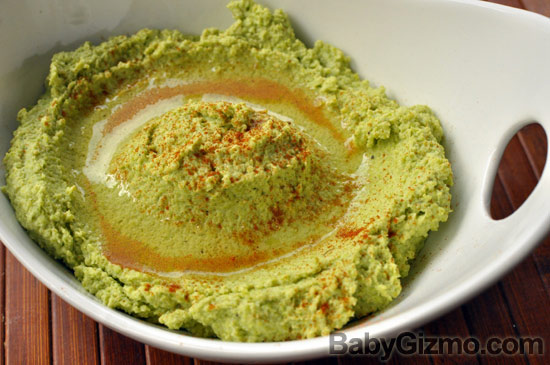 My oldest son is 3 years old and like most 3 year olds, can be quite selective with the things he eats. I won’t say he’s a “picky” eater because he usually eats pretty well but he has his moments. And like most kids, veggies aren’t usually at the top of his list. However, there are a few vegetables that he always willingly accepts and one of them is edamame. 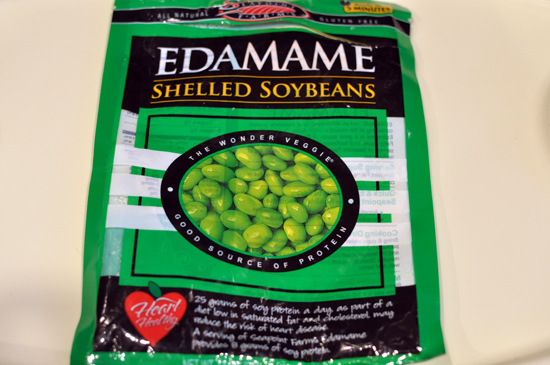 The word “edamame” means “beans on branches” and is more commonly known as soybeans. They can be found in the freezer section of most supermarkets and usually come frozen in pods like peas or frozen already shelled. I usually keep a few bags of the frozen edamame (in pods) in my freezer so that I can boil up a handful and sprinkle them with salt for a quick snack or veggie side with dinner. My entire family loves them and I feel good about offering edamame to them because their rich in protein and anti-oxidents. They are also wonderfully low fat, low carb and gluten-free, naturally. Beyond all of that, their super fun to eat and the kids just love popping them out of their shells right into their mouths.

Since we are such big edamame fans in our house, I often throw them into soups and salads for extra crunch but one of my favorite ways to prepare them is as a hummus. Who doesn’t love chips and dip, right? And using edamame as the base for hummus is a great way to get extra veggies into your kids while making it tasty and fun! Not only is edamame hummus super delicious as a dip for fresh veggies and pita chips, its equally delicious as a sandwich spread. Make up a batch today and dip away… 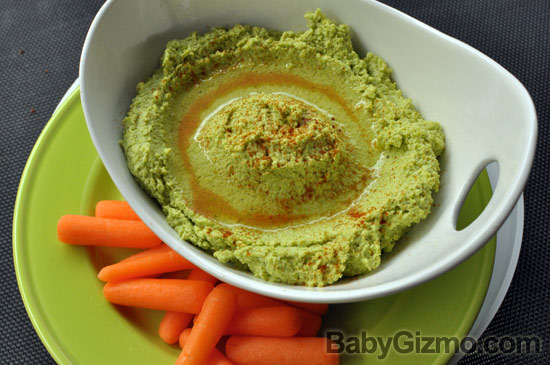 1. Bring 6 cups of water to a boil in a large saucepan. Add frozen edamame to the water and boil for 4-5 minutes. Drain and allow to cool.

2. In the bowl of a food processor, add edamame, garlic, cumin, salt, pepper and lemon juice. Turn on machine and process for 2 minutes. Scrape down the sides of the processor bowl and turn machine on again.  With the machine still running, slowly stream in olive oil through the feed tube. Check for consistency and seasoning. You may top with a bit more olive oil, lemon juice and a sprinkling paprika if desired. Serve alongside fresh veggies, pretzels or pita chips for dipping. 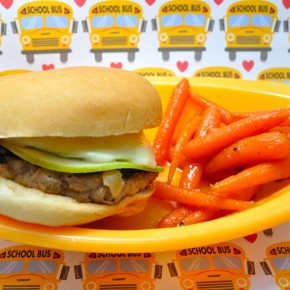 Apple Turkey Sliders and Cinnamon Honey Carrots Summer is almost over so you are either pulling all your hair out with the kids at home,… 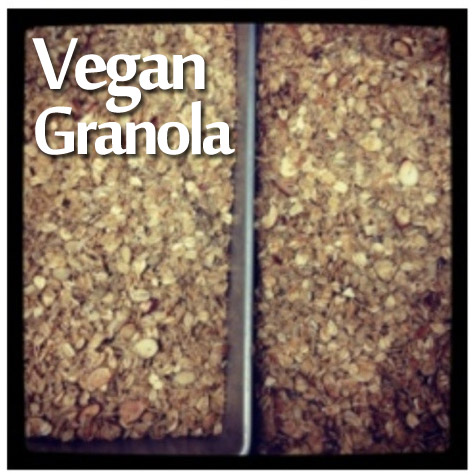 I am so excited to share this recipe with you all today! After you make this, you’ll be eating it by the handfuls. That’s exactly… 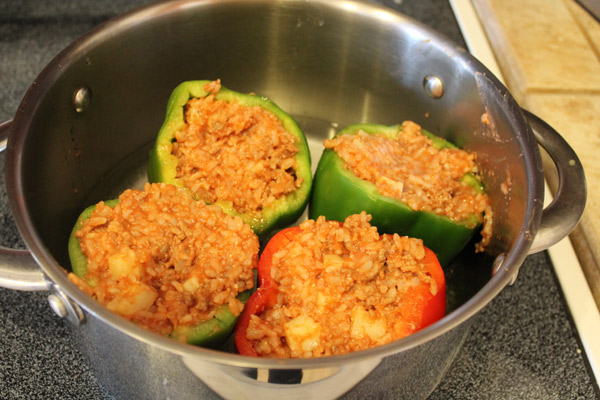 One of my favorite meals my mom cooked when I was a kid was stuffed peppers. The peppers have now become my 22-month-old twin boys’… 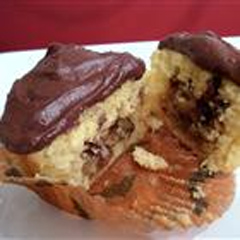 I know, I know.  It’s just after the new year and I should be thinking about New Years Resolutions and dieting and losing weight.  Maybe… 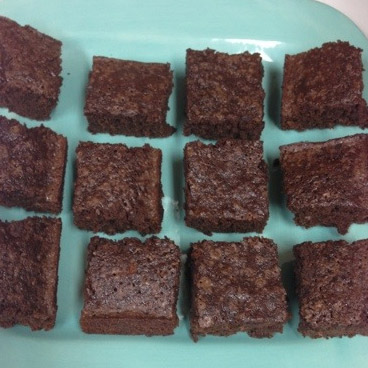 I bake almost every single day so I think it’s safe to say that I have tried my fair share of different brownie recipes. This… 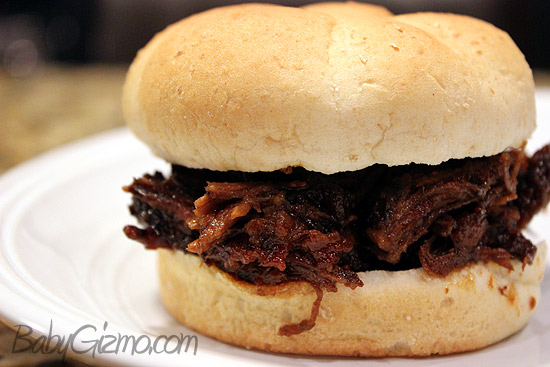 I hit another homerun for dinner last night! This time it wasn’t Pinterest to the rescue but a good old fashioned Google search. I knew I…